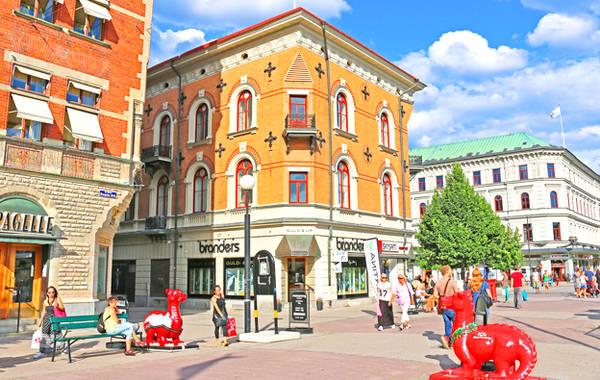 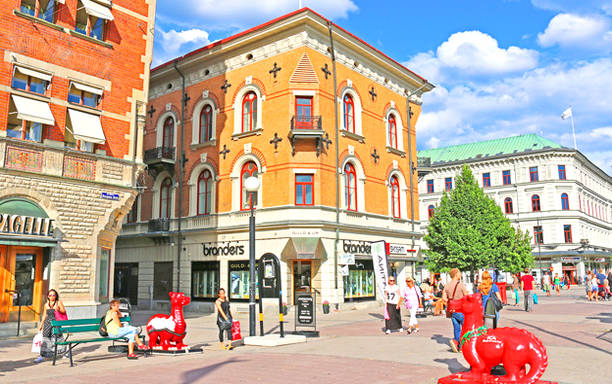 Sundsvall is a very popular city for organizing large-scale meetings, conferences, congresses and events. All thanks to our geographic location, good connections and wide variety of hotels, lodgings, arenas, congress halls and more intimate meeting places. One secret to our success is the fact that no place north of Dalälven can offer such a large assortment of restaurants, pubs and events.

Sundsvall has of late become an influential arena for investment, housing and start-ups. The influential Mid Sweden University provides our most important sectors of IT, banking, insurance and pensions with top-level expertise.

Sundsvall was founded in 1621 by Gustav II Adolf. Today, the municipal area has a population approaching 100 000, whereas the labor market region, the largest in Norrland, is twice that, or some 200 000. Here are 10 quick facts about ”the city between the mountains”, as  Sundsvall is referred to in the vernacular.

Strong industrial sectors – IT, banking, insurance and pensions, commerce, tourism and forestry are some of our strongest sectors. Diversity, however, is our greatest advantage. Here you will find 457 lines of business spread across some 9 000 companies. Exceptional in northern Sweden.

Inspiring role models – What do Charlotte Kalla, Yohio, Kevin Walker, Helen Sjöholm, Anna Holmlund and floorball wonder Johan Samuelsson in common? That’s right, they are all official ambassadors for Sundsvall, the capital of Norrland. As is Choir Maestro Kjell Lönnå.

Shop till you drop – Here you will find both the largest downtown mall in northern Sweden, Citygalleria, as well as the largest suburban mall, Birsta City, voted Sweden’s most popular in 2016.

World record city – On St. Lucy’s Day, 2014, Sundsvall set a world record, according to the Guinness World Records, when 10 500 people formed an impressive torchlight procession across the newly constructed Sundsvall Bridge, which at 2 109 meters is the longest motorway bridge in the country.

Outdoor City of the Year and College Town of the Year – two titles recently bestowed on Sundsvall.

In the works – SCA is investing nearly 8 billion Swedish kronor in its plant in Östrand, and another 10 billion in the Sundsvall region in the years to come. Above all, a boom of centrally located housing is revitalizing Norra Kajen and the harbor area.

Speaking of housing – “Arch architect” Gert Wingårdh and entrepreneur Niclas Nyberg have plans to build a 115-meter high skyscraper. On the main square! Feels like anything is possible in Sundsvall…

The majority of hotels and facilities are eco-certified—hardly surprising considering Sundsvall’s vigorous environmental profile. Some examples:

No inhabitant of Sundsvall has more than 200 meter to a greenery.

Green housing – the municipality makes land available and subventions construction of green housing, under the supervision of eco-architect Anders Nyquist.

Sundsvall logistics park – soon to be one of Sweden’s most vital transport hub and container terminal for green transportation, where waterways and electric railways replace road transport.

Bio Business arena – with a renewal of forestry and bioeconmics at its base, innovation of sustainable products and services is promoted. Strategies for increased growth and more jobs in the Sundsvall region.